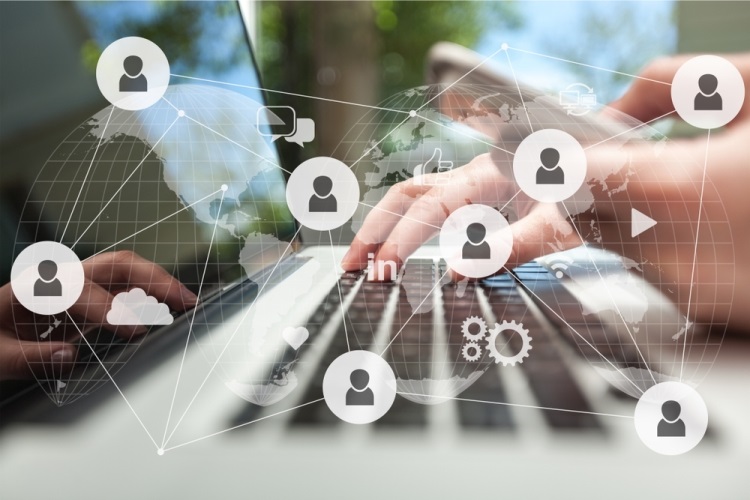 “’I wish it need not have happened in my time,’ said Frodo. ‘So do I,’ said Gandalf, ‘and so do all who live to see such times. But that is not for them to decide. All we have to decide is what to do with the time that is given us.’” —J.R.R. Tolkein

Like an all-consuming black hole, this pandemic has consumed everything in its wake, everything in our lives that we once took for granted. As we stand in the shadow of this crisis, that unsung treasure, normalcy, glints brighter and lovelier now that it has been pried out of our hands. We, as students, ache for what we once saw as mundane – Biology classes and roll call; assemblies and snack breaks; the library and the cafeteria. The lockdown has opened our unseeing eyes to the beauty that lies in the everyday – and oh, how we ache for it. And if we were anyone, anything else, we might have been disheartened by it.

But we are not so easily felled.

With the stubbornness of our species, the good cheer of youth, and above all, the endurance and innovation inherent to the JBCN spirit, we have persevered. With the unfailing help and support of our faculty members, our parents and our peers, we have still surged forth in our mental and creative growth, not lacking for inspiration or cerebral stimulation. Much of this, we owe to online schooling, which has been an amazing process that could have only been possible by the sheer dint of effort put in by our administrators, teachers and students. But we must not fail to acknowledge the initiative and enterprise of our learners, working to do good by their community and make sure that, through solidarity, we do not falter in the face of this crisis.

One such learner is JBCN Parel’s Aashir Khiani. The 9th grader says “I remember thinking that quarantine got to such a depressing point where not only me, but my friends and classmates were basically socially stranded. I genuinely thought there wasn’t much that anyone could do in terms of helping morale!” As it turns out, there was something that could be done to raise our spirits– and he was the one to hit upon it! QMUN – Quarantine Model United Nations – took place on the 4th and 5th of April and inarguably raised the bar for the Mumbai MUN circuit – not despite taking place over Zoom, but perhaps because of it.

Khiani, our MUN director, describes the JBCN’s large MUN community as talented and passionate, and the level of debate and the skill displayed by the delegates that attended the event simply confirmed it! Despite taking place online and not maintaining the formal dress code that is considered de rigeur, the event had all the feel of a conventional MUN, proving that the true essence of one does not lie in high heels, gavels and ties, but rather in the stimulation of fast-paced debate and big ideas.

Delegates from JBCN Oshiwara, Borivali and Parel were joined by attendees from Podar International School and Oberoi International School, all varying in their MUN experience and approach – but none lacking in fervor! As the official press liaison, I was blown away by the extent of their knowledge – not just that of the agenda at hand, but of current affairs and the United Nations as a whole! It was evident that each delegate had put an immense amount of effort into their research, and it showed in the standard of debate!

The choice of agenda – The Opioid Epidemic- might seem an odd one in the light of the other major epidemic at hand, but it truly is not. The decision highlights the intelligence and delicacy with which our capable Executive Board handled the committee, for it felt liberating to shift our focus from the pandemic to another problem. COVID-19 takes up so much of our attention and mental energy now that clearing a little headspace for something else was relieving.

The energy of the committee was entirely infectious. The atmosphere was electric, the repartee quick witted, the speeches passionate. I genuinely believe that the resolutions could have given the actual UN a run for their money! The chairs, the delegates – they all spurred on each other to a higher degree of excellence, but even the fieriest debate was punctuated with a feeling of camaderie and warmth that was delightful to share in.

Many see Model United Nations as simply fodder for one’s college application. But what MUNs have to offer to us – as students, as teenagers- goes miles beyond that. “Honestly, in grade 7, I never planned on doing MUNs.”, says 10th grader and JBCN Oshiwara Head Boy, Devansh Bhartia. “However, just prior to DGKIS, my teacher insisted that I try one. After that, I got hooked onto the interesting process and great learning curve during and post every MUN! I think it’s a great way to learn and share ideas. Moreover, it’s a great way to meet so many new people. However, the main reason I love them is that you’re always going to learn something new from so many different people. It truly makes for an inspiring and humbling experience!” I’m sure that anyone who has attended a Model United Nations would wholeheartedly agree!

But after QMUN, I’ve come to realize that there is something else that MUNs have to offer to us as students, as teenagers. Something that, in the wake of this global crisis, is more poignant and precious than ever.

Here’s the thing – the world is deeply, horribly frightening. Malevolent forces, manmade and natural, rage across the pock-marked face of our weary planet. They loom before us, titanic waves of horror, as we stand, our limbs trembling, a plea in our eyes. And they rush forth, quicker and crueler than we ever could have fathomed – leaving lives and destruction in their wake. I can try to pretty up these words as much as I can, festoon them with simile and metaphor, garland with strings of pithy epithets – but nothing can change them for what they are. Real, horribly and glaringly real. No matter how distant they seem from where you are, cocooned in a swaddle of comfort, likely living a life that has seen little more than the average measure of catastrophe meted out to the luckier specimen of human life – they are real, and nearer than you will ever know.

And despite the jokes and flippancy and laughter, we know. We are aware of the tremendous size of humanity, the hell-bent will in every human being, the determination in every dictator, every bigot, to do evil, to go forth on their own wicked way, resistant to our every attempt at change. We fear that we cannot change this. That we cannot turn this ship around. That despite Thunberg and Afroz and Yousafzai, we will hurtle into the void. And if those powerhouses cannot stop this, how can we mere mortals? Why else do we cling so tightly to our jokes, our flippancy, our laughter, but to make us forget this thought? What is this pandemic, but this fear holding a knife-edge to our throats, forcing our chins up, and making us look it in the eye?

But here is the truth – change is real. Hard won, and fleeting, and often near impossible, but it is real, as real as any of the awful things. And MUN’s make us feel this. For a day, two days, the length of a single committee session, we are no longer helpless teenagers, cowering in the shadows of the world, hoping desperately that those in the light, with the power, will save what you so want to. We are the ones with the scepters in our hands, the diadems upon our heads, and the world bends to our will. The chaos, the confusion – we face them head on, and through debate, and thought and discourse, we push the malevolent forces back. We walk out of our committee rooms with a look of triumph, our heads high, and even if we leave our Model United Nations without an award or passed resolution to our name, at least we did not stand still. We tasted power, sweet as nectar, as heady as wine, and were flush with it. We sent those troops, defused the bombs, saved the world. We learn of our own power, the wealth of it we have within us, just waiting for us to seize it and make change. Bring good.

And we taste our small measure of power, tilt up our glass, our little tipple, and dream of the day when we will have a tankard, a brewery, of our own sweet autonomy. And we learn, at 14, that we can seize it in the real world, place our hands solidly against the hard rock of the world, and make it bend to our touch like clay.

And it is our hope that we, as teenagers, as students, tap that massive potential, to foster change. Not only during this pandemic, but long, long after. The children are not just the future – we are the present. We are as whole in our personhood, in our capacity to do good, as any adult.

In Bradbury’s words – We’ll hold onto the world tight someday. We’ve got one finger on it now; that’s a beginning.