7 Social Skills That Every Child Should Learn | JBCN Youtube

7 Social Skills That Each Child Must Have 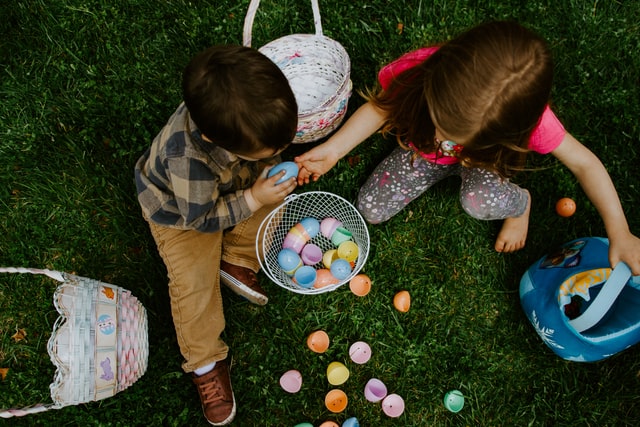 Photo by Gabe Pierce on Unsplash
When asked to write about social skills and looking at how the virtual world has not only captured our imagination but our entire being, made me wonder if these skills were applicable anymore.

But then it dawned that these social skills are more important and relevant than any other skill set for a generation that is probably going to be governed by Artificial Intelligence and facing a reality that is on the other side of a screen.

So, what would be the most important social skills in the coming decade or more?

Two very distinct instances made me aware of what mattered: one, where a child’s unruly behaviour was disrupting a class and another where a child wanted to play with a classmate (whom, in his own words, he had teased endlessly till a month ago) who wasn’t ready to reciprocate in a similar manner. It just struck a chord! Both of them wanted acceptance. Their ways of seeking it may have differed from the usual but both wanted to be included was the crux of their behaviour. What is it that both exactly wanted from their peers or teacher?

They wanted to be heard, they wanted others to listen.

They wanted to be cared for, so that sharing with them became important.

They wanted to be included, be a part of the whole.

They wanted to be respected, for who they are and what they “brought to the table”.

They wanted their past to be forgotten and they be looked at for what they have evolved into.

They wanted to be considered important enough to contribute.

And lastly but not the least they wanted to be loved, beyond their weaknesses, their follies and their failings.

Mulling over both the events made me list down a few social skills that in my opinion, (‘my opinion’ being the operative word here) the so-called Gen 2.0 need to hone for a more cohesive and collaborative life. (Disclaimer: this list was drawn after giving a judicious thought to both sides in the instances mentioned above)

Listening not for replying but listening for understanding someone else’s point of view, argument or discussion. Understanding does not equate to being convinced or influenced in any way.

Chat messages on groups aren’t sharing. Sharing isn’t about information or engaging in charity. Sharing is that fraternal feeling for any another human being which propels us to extend help in times of need without any expectations.

Well, wouldn’t sharing and cooperating mean the same? Not really. Cooperation means being an enabler. Your support towards anything that may not be largely beneficial personally but contribute towards the welfare of others would be a cooperative and “very cool” thing to do.

It seems that in the process of being friendly, we have some where lost the ‘Art’ of respecting. Friendly is a persona, respect is an attitude. An agreement or a disagreement should not let you cross the boundaries of respecting an idea, ideology or behaviour. Respecting does not mean you agree to what is being stated, it just means that you have heard someone without reacting to it.

The present world situation cannot more appropriately put into perspective the importance of this skill. The progress in telecommunication makes it possible to have information, literally and theoretically, on your fingertips! But authentication is the need of the hour. It saves spreading of panic and ensures we remain calm in turbulent times.

It’s important that we take responsibility of our ‘ayes’ but we are equally responsible when we do not firmly express a timely ‘nay’. It establishes your assertiveness about not only your beliefs but also defines the limits which you would not exceed nor let others do the same too.

The new IQ (intelligent quotient) is EQ (emotional quotient)! In a diversified world where getting information is so easy but processing it depends on the individual and the surroundings that they are exposed to.“Being in their shoes” would be essential to make informed decisions. Being kind does not mean pampering or mollycoddling. It means a timely intervention which would save someone from unnecessary heartache or difficulty though it may not get you any benefits.

This almost confirms the doubt that I always pondered upon: Why has Shakespearean literature been relevant through four centuries and the answer which stares back is; it deals with human emotions! I can see frown lines on your forehead questioning the connection between the two. Clearly our emotions drive theñ skills we imbibe for the trait we want to exhibit (either positive or negative). These traits are universally accepted or rejected in any social structure or culture. This defines our confidence and self-esteem and how we view ourselves.

Therefore, be it at home or your workplace, addressing your dear ones or inspiring the young with these skills may just save ‘the human’ in us all!

At JBCN, we are driven by excellence, innovation, and creativity. Our programme and infrastructure have been thoughtfully designed to enable learners to grow holistically and, more importantly, to enjoy learning.