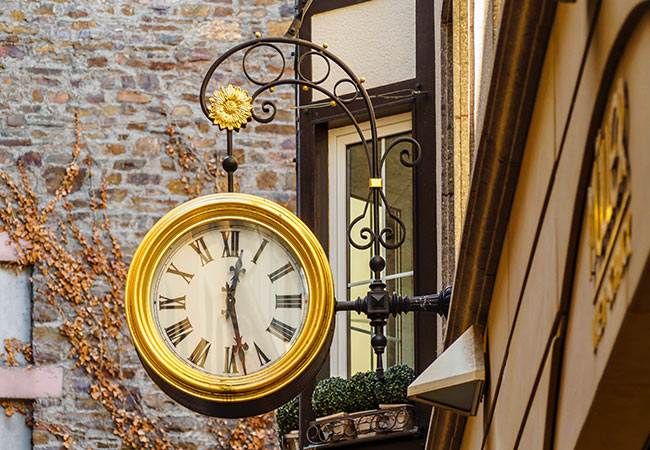 “I’ll think of it tomorrow, at Tara. I can stand it then. Tomorrow, I’ll think of some way to get him back. After all, tomorrow is another day.”
― Margaret Mitchell,Gone with the Wind

Stop Procrastinating And Do It Now!

My college friend, Akash, had his own special way of dealing with a seemingly overwhelming assignment. Let’s say he was informed on January 1st that he had to submit, by March 30, a 5000-word essay on ‘Metaphysical Conceits in the poetry of John Donne’.

“No problem,” Akash would declare confidently. “I just have to break up this formidable task into more manageable parts.” He would then proceed to create a plan to achieve this. Of course, it would take him about a week or two to come up with the plan and then it would look something like this:
“You can’t turn on your creativity like a water-tap,” Akash would say in justification. “You have to generate the right mood.”
“And what mood is that?” I would venture.
“Complete, blind panic,” he would respond.
Sounds familiar?

But don’t feel too bad if you empathise with my friend Akash. According to American writer and feminist, Rita Mae Brown, “If it weren’t for the last minute, nothing would get done.” Robert Benchley, American humorist and actor, agrees: “Anyone can do any amount of work, provided it isn’t the work he is supposed to be doing at that moment.” When someone asked Ernest Hemingway how to write a novel, his response was: “First you defrost the refrigerator.”

Piers Steel, a psychologist at the University of Calgary, describes the phenomenon as “a common pulse of humanity. We’ve all likely experienced the feeling. There’s that project we have to finish, that email we have to send, that phone call we need to make. But somehow, despite our best intentions, we never seem to get any closer to doing it.”

Putting off the completion of an unpleasant or challenging task appears to be have been hard-wired into the human psyche from the very early stages of human civilisation.
“Friend, stop putting off work and allow us to go home in good time.” University of Toronto Egyptologist, Ronald Leprohon, translated this off some Egyptian hieroglyphs dating back to 1400 B.C.
The Greek poet Hesiod, way back in 800 B.C, advises his compatriots not to “put your work off till tomorrow and the day after, for a sluggish worker does not fill his barn, nor one who puts off his work.”

Things haven’t improved much in modern times.
On the night of 3rd November 1787, the prolific and influential Austrian composer of the 18th century classical era, Wolfgang Amadeus Mozart, was partying with friends who grew increasingly worried as the night progressed. What would turn out to be one of the most celebrated operas of all time, ‘Don Giovanni’, composed by Mozart, was to be premiered the next day. However, Mozart had not written the introduction yet. He was persuaded to return to his lodgings at about midnight and, despite being in a fairly advanced state of inebriation, he managed to complete his masterpiece in time for the next evening’s performance. It had a delayed start, however, because there wasn’t enough time for the introduction to be actually rehearsed.

In the week ending January 23rd 1948, a popular song composed by singer-songwriter, Peggy Lee, entered the best-sellers chart of Billboard magazine and remained there for 21 weeks, 9 of them at the number 1 position. The song called “Mañana (Is Soon Enough for Me)” had obviously struck a chord. The keyword in the title, Mañana, is Spanish for ‘tomorrow, not today – maybe later’ and its lyrics encapsulate that delicious feeling of putting off till tomorrow – or even later – what doesn’t need to be done today.

Having derived some consolation from the fact most people are procrastinators at heart, we need to consider the dark side of this affliction. According to an article in the ‘Washington Post’, for many people, “procrastination is a strong and mysterious force that keeps them from completing the most urgent and important tasks in their lives with the same strength as when you try to bring like poles of a magnet together. It’s also a potentially dangerous force, causing victims to fail out of school, perform poorly at work, put off medical treatment or delay saving for retirement. A University study from 1997 found that college-age procrastinators ended up with higher stress, more illness and lower grades by the end of the semester.’ This is probably true even today, almost 25 years later.

According to psychologists, there are a number of reasons why people procrastinate, and some of them are valid, not just excuses for laziness.
Neil Fiore, psychologist and author of ‘The Now Habit: A Strategic Program for Overcoming Procrastination’, divides procrastinators into five sub-groups:
The bored: Sometimes the task is avoided because it is not challenging or exciting enough. The drudgery and mind-numbing, mundane monotony of the assignment puts the person off.

The lucky: These people believe that they do their best work when their backs are up against the wall. They assert that they cannot achieve unless they are under pressure. They find it extremely difficult to approach the task with a long-term plan. If compelled to do so, they find it hard to stick to it and are easily distracted by other tasks that provide instant gratification. They need to hope that their luck doesn’t run out one day.

How To Avoid Procrastination?

If you have identified yourself as one of the five types of procrastinators described above you have taken the first step to getting things done and feeling better about yourself. Admitting that procrastination is not inevitable and figuring out why you tend to postpone work will put you in the right frame of mind to break the cycle of procrastination and be more productive.
And the time to do it is NOW.
Napoleon Hill, American self-help author, known best for his book ‘Think and Grow Rich’ which is among the 10 best-selling self-help books of all time says: “Don’t wait. The time will never be right.”
And the rewards are worth fighting for.
“The really happy people are those who have broken the chains of procrastination, those who find satisfaction in doing the job at hand. They’re full of eagerness, zest, productivity. You can be, too.” This is from Norman Vincent Peale, author of ‘The Power of Positive Thinking’.
So what’s next?

Here Are A Few Time-Tested, Scientifically Validated Strategies To Prevent Procrastination From Controlling Your Life: 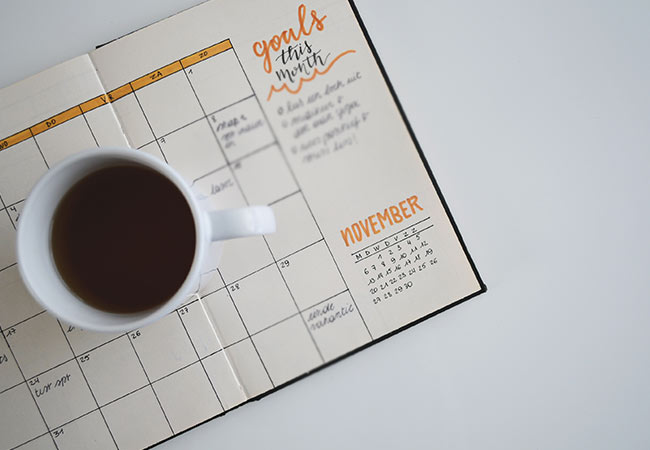 How Can You, As A Parent, Help Your Children Break The Bad Habit Of Procrastination? 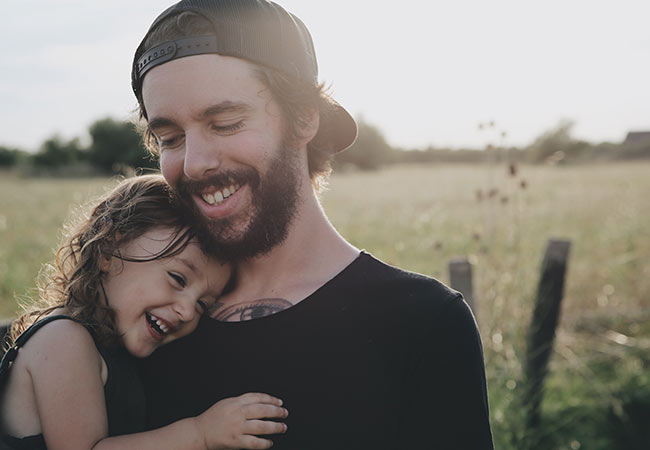 As with adults, procrastination in children can be identified as
There is a common assumption that children procrastinate because of laziness or a lack of caring. However, this is not always true.
Psychologists aver that the causes of procrastination among children include low motivation and self-confidence, fear of failure, lack of understanding of the nature of the task, difficulty in concentrating, perfectionism, low energy levels and poor organisation skills. 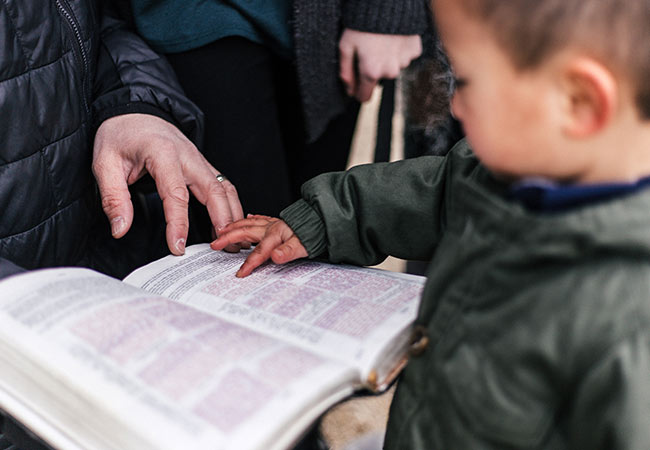 The following strategies may help your child to stop procrastinating and to be more productive:
Following these strategies might enable your child to enjoy a relatively stress-free and productive school experience. More importantly, it will nip the problem of procrastination in the bud and prevent it from being a liability in adult life. It is never too early to learn the truth of Abraham Lincoln’s words: “You cannot escape the responsibility of tomorrow by evading it today.” The advice of Dale Carnegie (in his best selling self-help book ‘How to Stop Worrying and Start Living’) is equally relevant: “…the best possible way to prepare for tomorrow is to concentrate with all your intelligence, all your enthusiasm, on doing today’s work superbly today. That is the only possible way you can prepare for the future.”